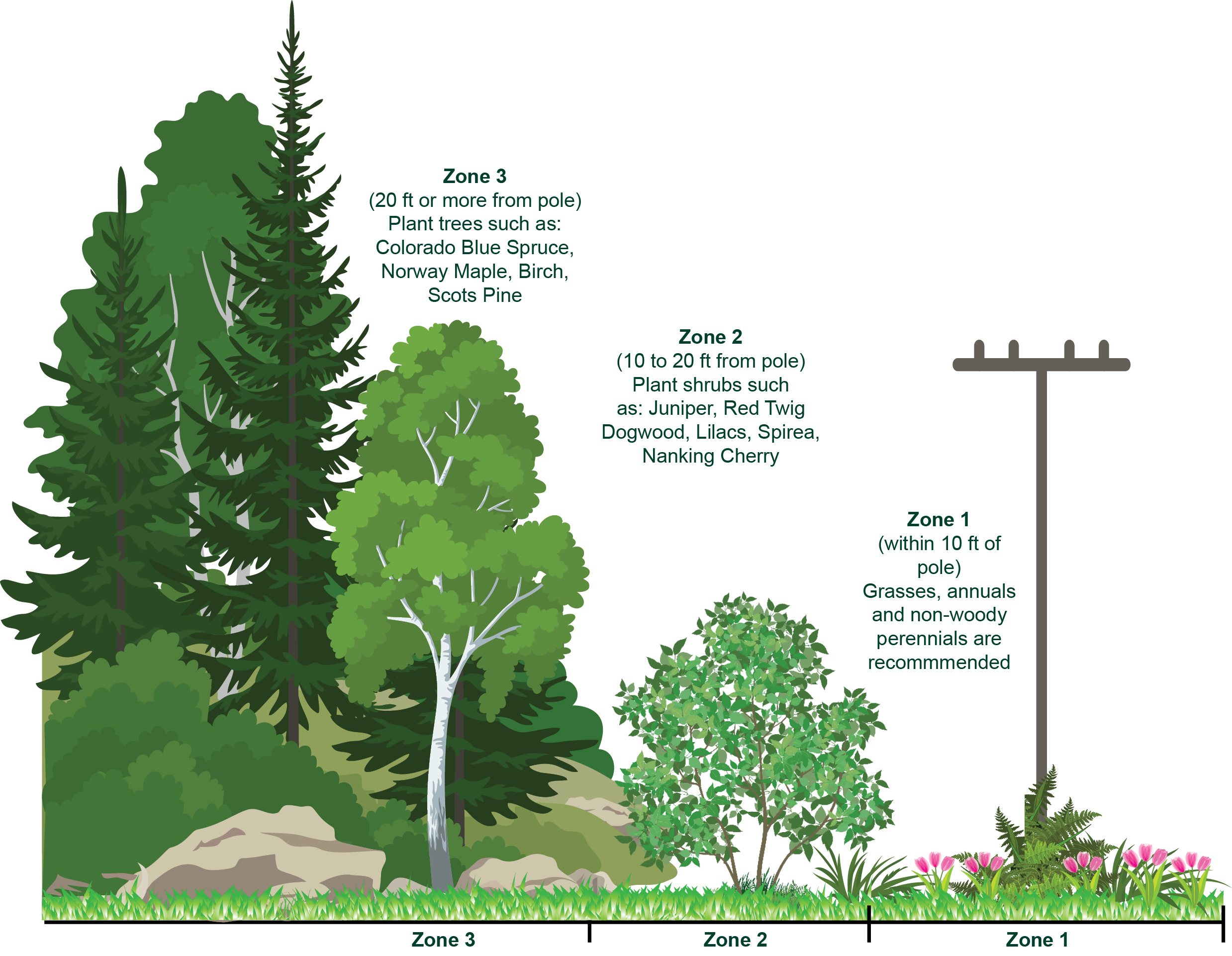 Planting evergreens can create a winter windbreak for your home, and planting trees which lose their leaves in the fall can provide shade in the summer while allowing the sun to shine through on short Alaskan winter days. If you are thinking of planting, choose the appropriate tree or shrub to minimize conflicts between trees and utility lines. And remember, planting in the utility easement can make it difficult for Chugach or other utilities to gain access and to maintain their facilities. The result could mean your landscaping might need to be moved or trimmed.

As part of the sale of the Eklutna Hydroelectric Project, Chugach Electric Association,  Municipal Light & Power, and Matanuska Electric Association entered into a Fish & Wildlife Agreement in 1991 with the United States Fish and Wildlife Service, the National Marine Fisheries Service, and the State of Alaska.

On March 1, 2005, the Anchorage Assembly adopted certain revisions to Section 21.07.050, Utility Distribution Facilities, of the Anchorage Municipal Code. These revisions require an electric utility to “include as part of its annual capital improvement plan, a five-year undergrounding program” (21.07.050F1). In each of the years of this program the electric utility shall plan on expending “at least two percent of a three-year average of its annual gross retail revenues derived from utility service connections within the municipality” (21.07.050G1a). In accordance with this requirement, Chugach Electric Association (Chugach) targets approximately $6.6 million annually to underground existing overhead facilities. Over-expenditures or under expenditures may be carried over as an adjustment to the following year’s obligation.

This document contains Chugach’s anticipated five-year undergrounding plan, comprising 34 projects with a total estimated capital cost of $54,495,000 to be expended on undergrounding of non-conforming overhead lines between 2021 to 2025. The inclusion of a project within this plan does not guarantee that the project will be constructed in the designated year. Every effort is made to complete the projects according to the schedule in Part IV, but circumstances may cause a project to be completed earlier or later than planned.

The projects were chosen to best serve Chugach's overall system needs and with consideration of the designated target areas.

In 2007, the Chugach Electric Association, Inc. (Chugach) Cooper Lake Hydroelectric Project was issued a new operating license (Project: FERC No. 2170). The Project is located near Cooper Landing on the Kenai Peninsula and provides power to Southcentral Alaska as part of Chugach's generating system. The first operating license for the Project was issued by the Federal Energy Regulatory Commission (FERC) on May 1, 1957. The new 50-year license is scheduled to expire in 2057.