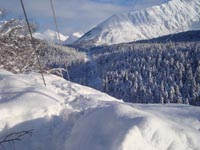 This winter has caused extensive damage to electric facilities, especially on the northern Kenai Peninsula. Chugach Electric Association estimates it has spent more than $2 million responding to storm damage this winter. At least three-fourths of the total has been spent restoring power and repairing damaged power lines and structures in the mountains from Moose Pass and Cooper Landing to Turnagain Arm. 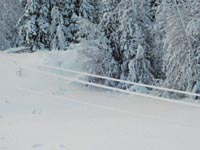 Repeated storms with winds near 100 mph were part of the problem, but even more damaging have been storms with wet snow that caused a buildup of heavy ice on power lines. In the week between Christmas and New Year, 21 spans of ice-laden transmission wire were brought to the ground and a pair of transmission structures broken near Cooper Landing and Turnagain Pass. 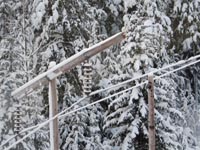 A long section of the 115-kilovolt transmission line linking the Kenai Peninsula and Anchorage sustained major damage and has been out of service since Jan. 25. Near Canyon Creek, a wooden pole at a transmission structure was snapped in half due to the weight of ice that grew to a foot in diameter. Crews have been dealing with bad weather, deep snow and rough terrain as they work to build a snow road to the site so the structure can be repaired and 3,000 feet of new line strung with the aid of a helicopter. Chugach hopes to complete those repairs in the next several days, weather permitting. 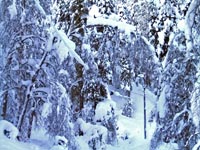 Due to the damage the transmission line has been de-energized between the Portage and Hope substations for more than a week. While Chugach had been able to supply customers by feeding from other resources on either side of the problem, the break in the line has prevented the flow of hydro power off the Kenai. All six of the electric utilities in the Railbelt take power from the state-owned Bradley Lake hydroelectric project near Homer. With Bradley Lake power unavailable until the line is repaired, utilities north of the peninsula have to burn more fuel for power generation. 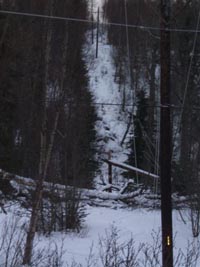 The storm that started Wednesday of this week has brought more trouble.  In addition to outages in Moose Pass it cut the flow of power on the transmission line between Cooper Landing and the Hope Substation.  Chugach suspects another section of downed line caused the problem, but due to bad weather has been unable to assess the line by helicopter while avalanche danger has prevented ground patrols by snowmachine or on snowshoes.  Chugach has crews on the northern Kenai Peninsula and will continue working to restore service.

Chugach is the largest electric utility inAlaska, providing power for Alaskans throughout the Railbelt through retail, wholesale and economy energy sales.